Mount Kenya is the second highest peak in Africa and stands somewhat unjustly in the shadow of it's taller neighbour.Kilimanjaro, which lies some 320km away in the south and is visible on a clear day. Kili may see much more traffic -due to the possibility of summiting via several non-technical trekking routes and due to the sometimes dubious honourof being one of the Seven Summits - but Mount Kenya offers a wealth of excellent and diverse climbing possibilities onrock, snow and ice. Mt. Kenya is an ancient volcanic mountain much older than Mt. Kilimanjaro. It’s believed to haveonce reached well above 600m. What is left today is volcanic plug which erosion has fashioned into the complexjagged outline of the central peaks.

SIRIMON TREK is the least used of the three main routes but `features the most gradual ascent profile and bestacclimatization options and above all the most interesting since it’s on the drier side on the mountain. The routepasses through impressive Yellowwood forests in the lower reaches and features abundant wildlife and beautiful alpinescenery higher up.

Early pick from Nairobi’s Jomo Kenyatta International Airport or a city hotel and transfer to NaroMoru River lodge, arrive at the

lodge in time for lunch. Afternoon at leisure.

Morning spent sorting and organizing personal equipment for the mountain trek. Lunch at the Lodge (This is an extra charge).

In the afternoon, we are driven to the Sirimon Park Gate and then to the road-head at 3,300m. An easy trek in the afternoon to help acclimatization. Overnight Judmaier Camp (3300m) in the high-altitude mountain tents on full board basis.

Ascend the Sirimon Track to Likii North Valley and camp overnight in this beautiful little valley below the subsidiary peaks ofTeleki and Sendeyo, two ancient parasitic vents of the main peaks. (3990m).

Climb out of the North Valley and into the Mackinders Valley, one of the broadest valleys on the mountain, with many giantgroundsels. Camp at the head of the Mackinder's Valley, just below the main peaks of Batian and Nelion (4,300m).

Alpine ascent to the highest peak, Pt. Lenana (4985m). En route up the north face little used by tourists. Four hours of stiffwalking to the summit. Then descend to Teleki Valley on the opposite side of the main peaks, to Mackinder’s Camp for a goodnight rest (4150m.)

Overnight at Mackinder’s camp on full board basis..

Descend to the Met Station (road head) on the NaroMoru Track and back to the Lodge.

After breakfast transfer to Nairobi aiming to arrive into Kenya’s bustling capital by mid day. Once in the city, you will be droppedoff at a city centre hotel or the airport for your ongoing travel arrangements. End of our services.

Climbing on the main peaks of Mt. Kenya

Because of Mt. Kenya’s unique position on the equator, climbing seasons and route conditions vary with the sun’s position. Forexample, a climber interested in doing one of the best ice routes, which are on the south side of the mountain, should climb when the sun is in the north, between the months of June and December.However, during the same period the east and north sides are in the best condition for rock climbing. Conversely, when the sun is in the south, the south side offers the best rock routes and north the better ice climbing conditions. 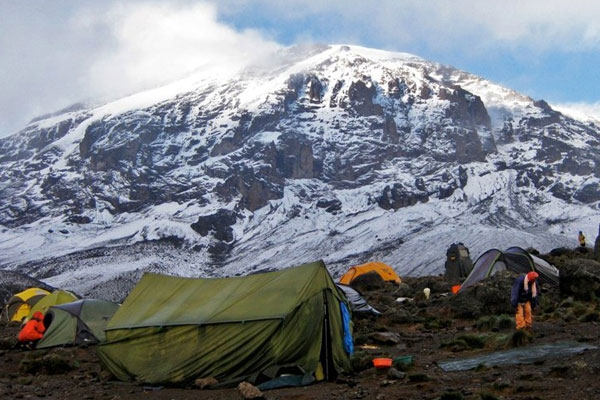 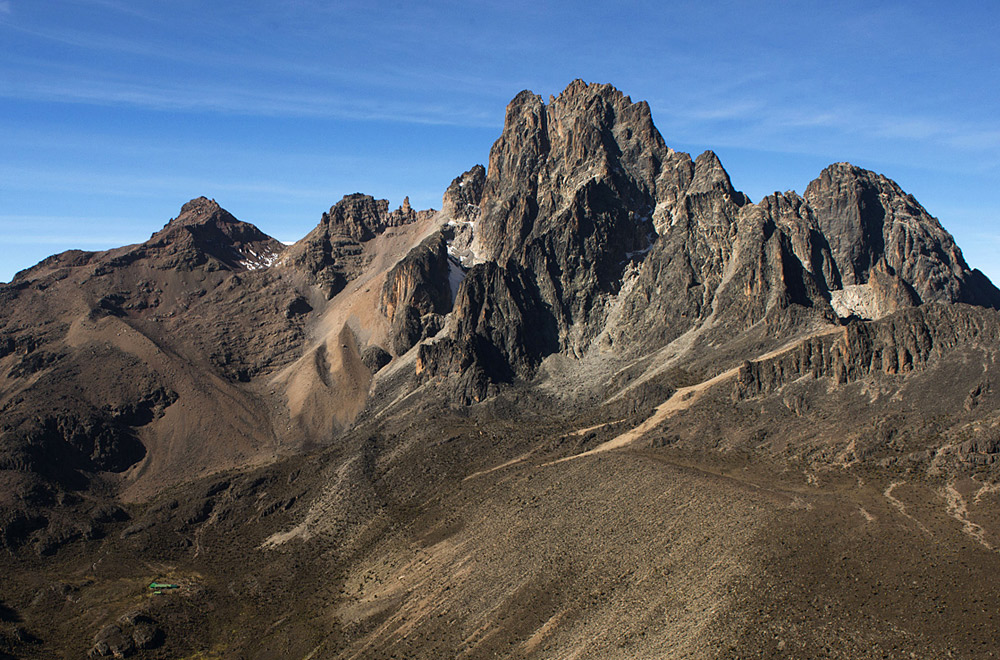 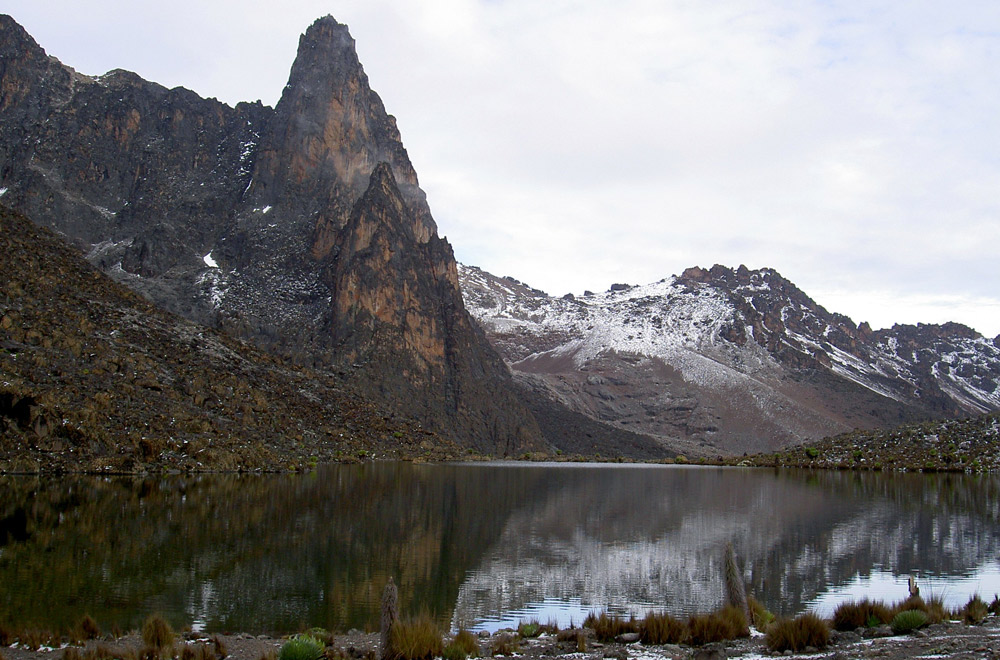 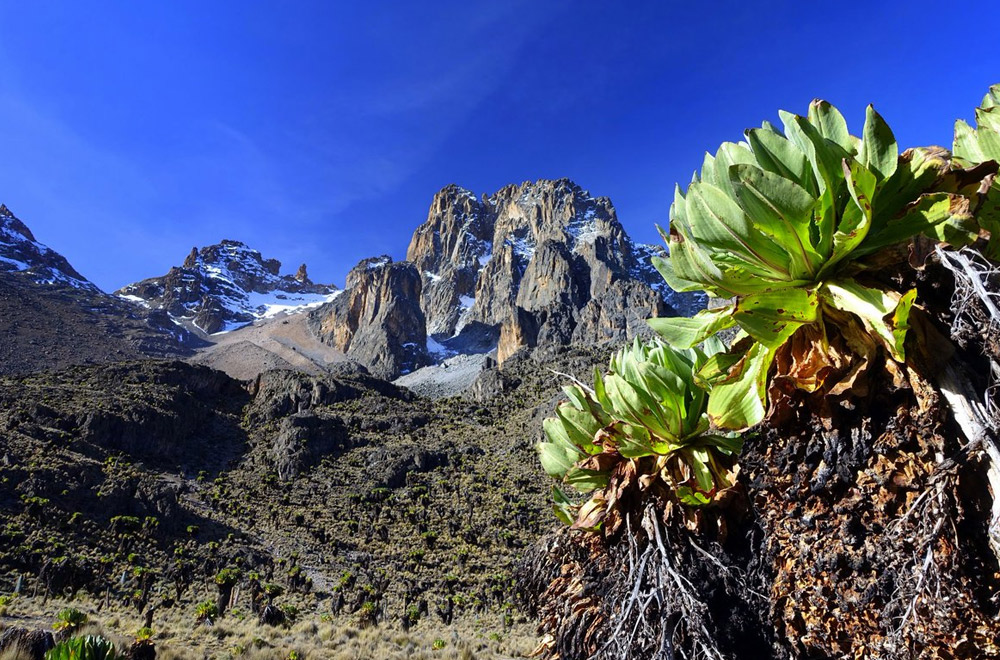 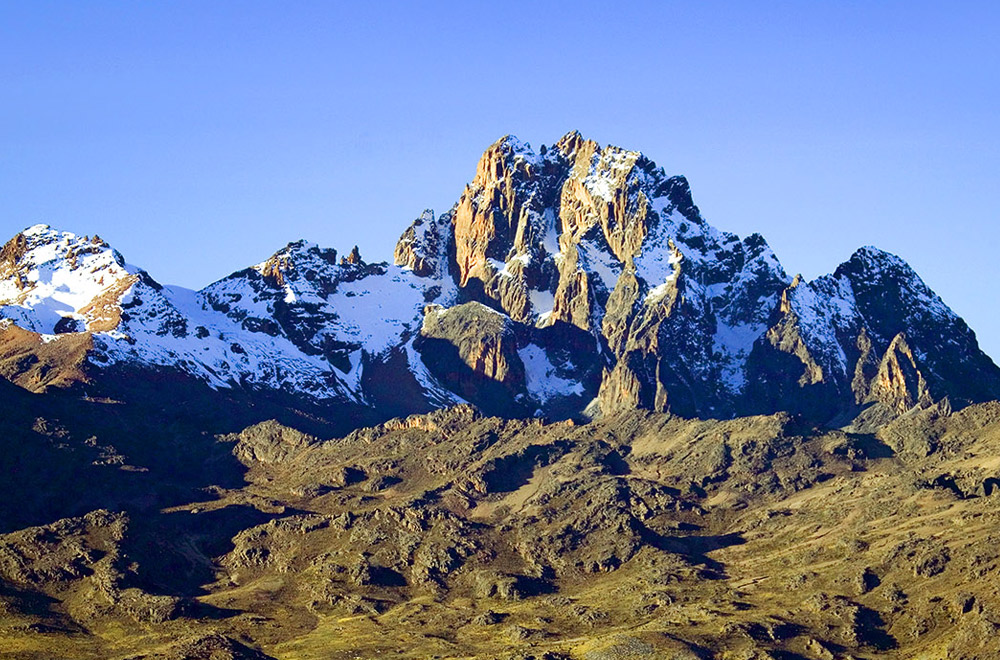 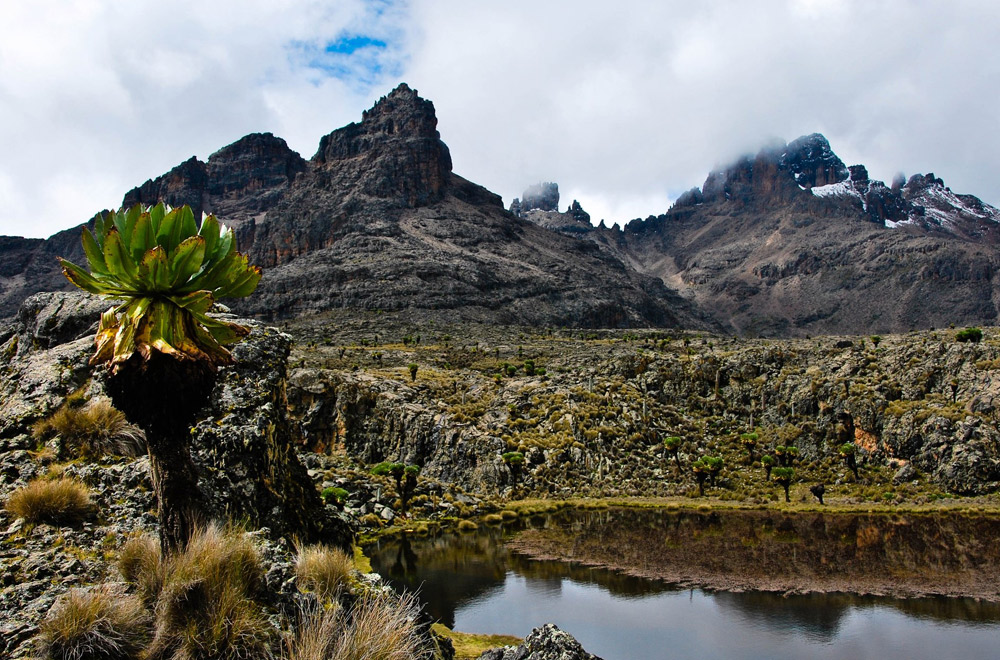 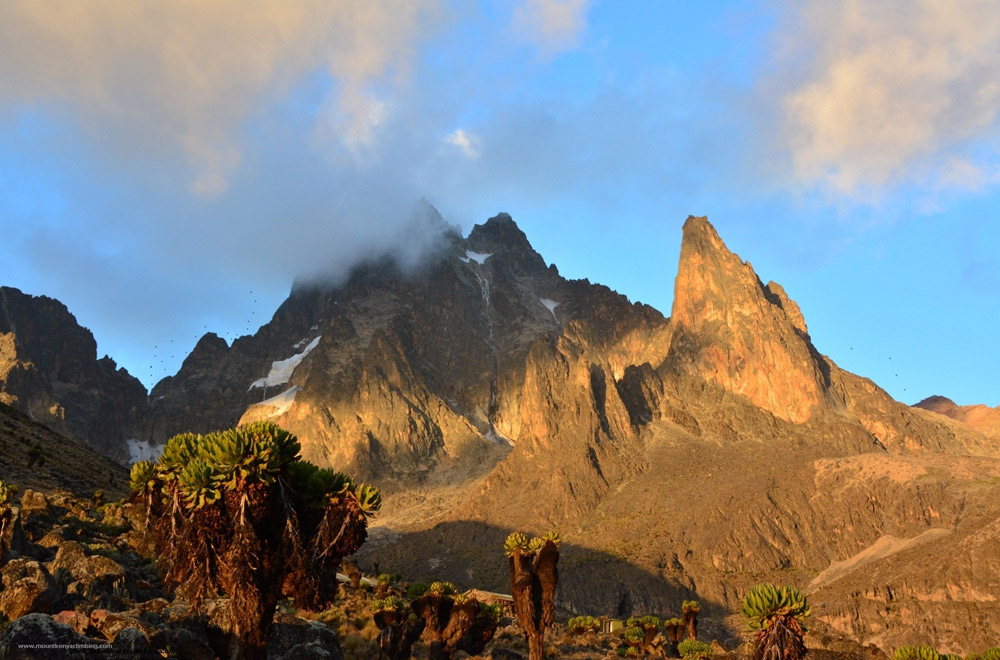 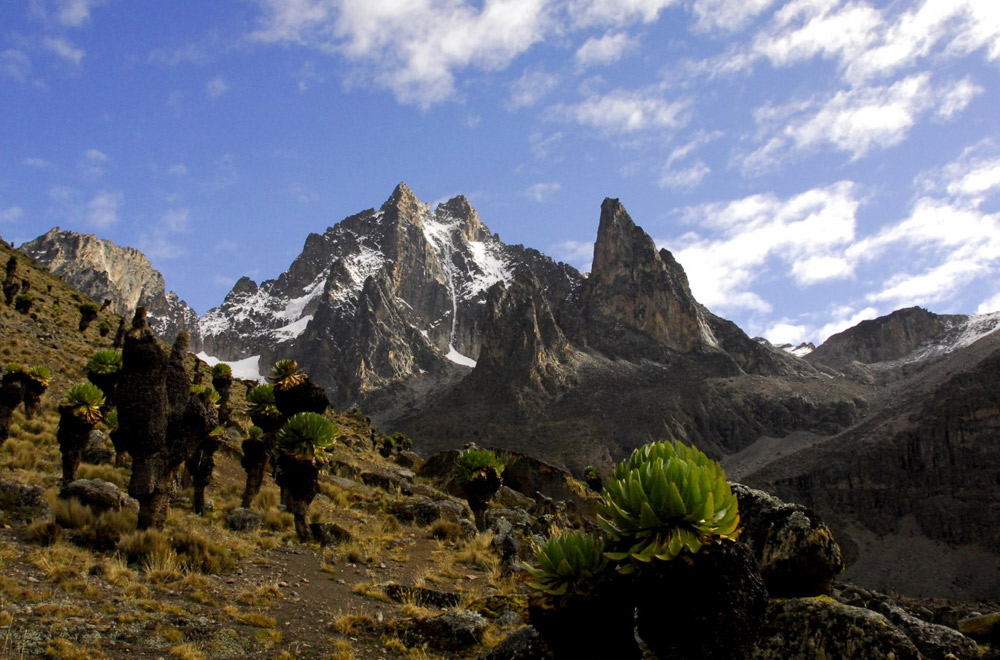