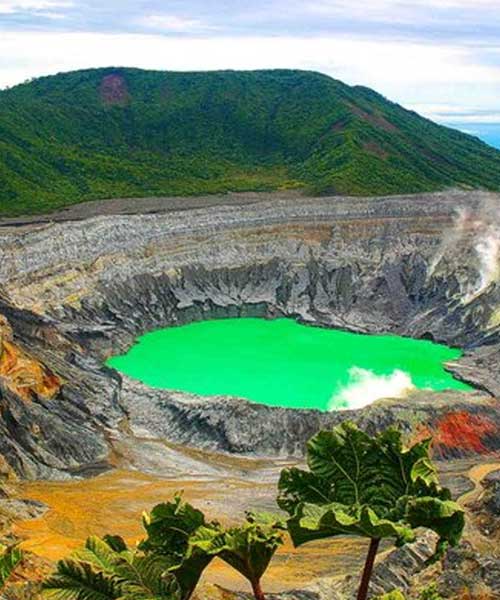 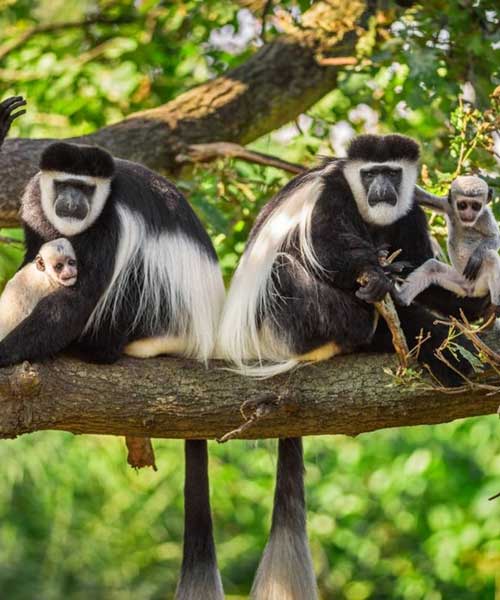 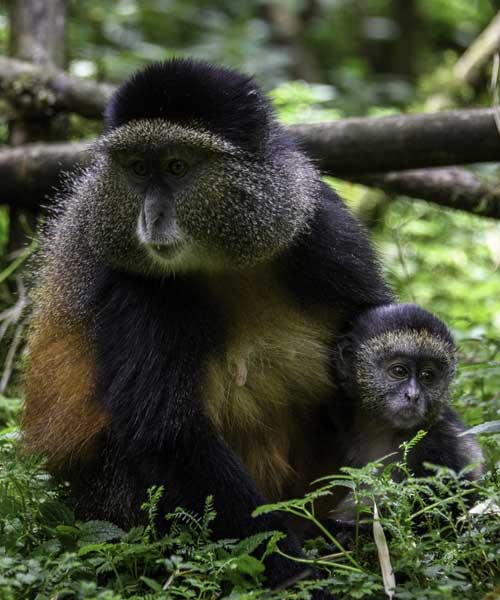 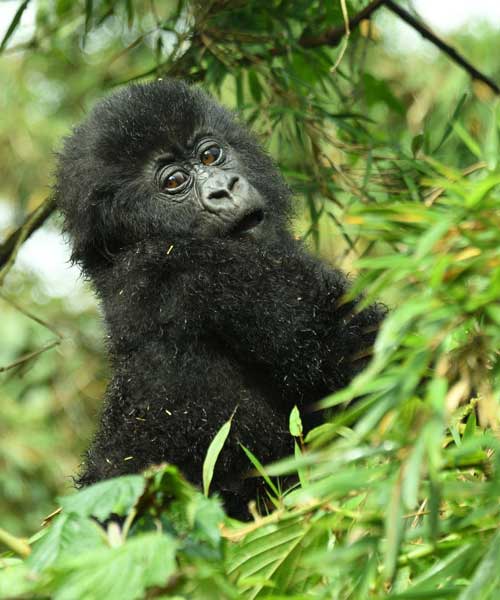 Volcanoes National Park also known as Parc Nacional Volcans is located in north-western Rwanda. Made globally famous for the research on Gorillas by primatologist Dian Fossey and the setting of the movie Gorillas in the Mist, this park upholds its reputation for uniqueness and incredible wildlife encounters. It is Rwanda’s most popular ecotourism destination being the world’s most popular mountain gorilla sanctuary. Gorillas are increasingly endangered, with less than 700 species left, according to the World Wildlife Fund the total wild gorilla population is over 1,000 individuals.Here at the Park, you can observe them and indulge in the magnificent natural scenery and biodiversity. Volcanoes National Park lies within the Virunga Conservation Area which covers more than 125km2 including five extinct volcanoes, Sabyinyo, Gahinga, Bisoke, Muhabura and Karisimbi. Both, Bisoke and Karisimbi are accessible by two-day trek, accompanied by your Encircle East Africa representative. Visitors are able to hike through the incredible rainforests and dense bamboo forests, swamps and open grasslands to discover even more wildlife including golden monkeys, buffalo, spotted hyenas, bush duiker and also listen to some of the 178 recorded bird species. Spectacular scenery of the volcanic peaks is what you’ll glimpse at through the dense canopies of the forests where the volcanoes reach up to 4,500m heights. 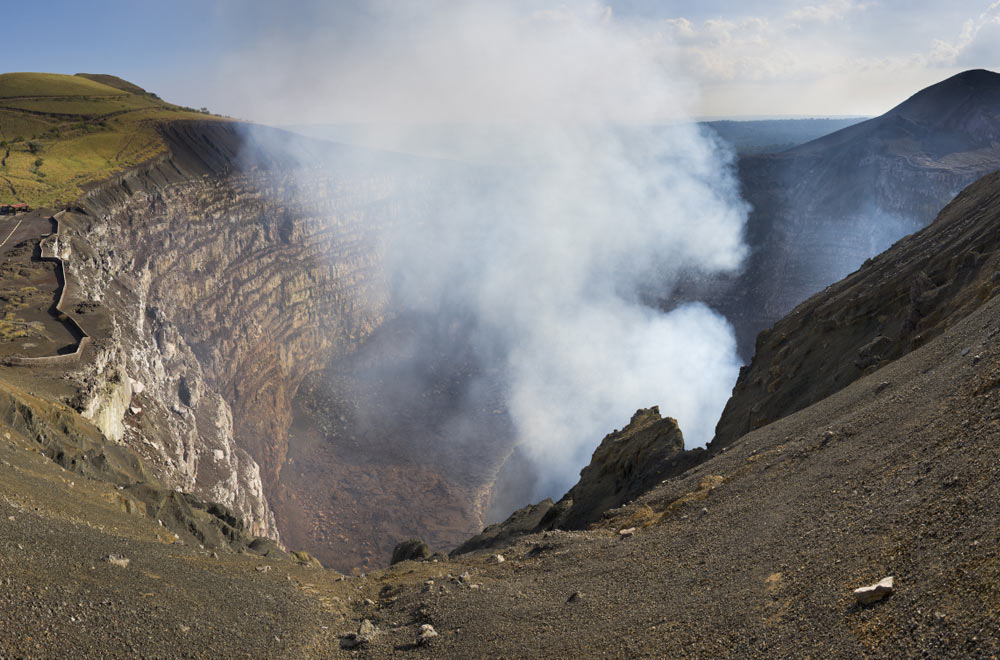 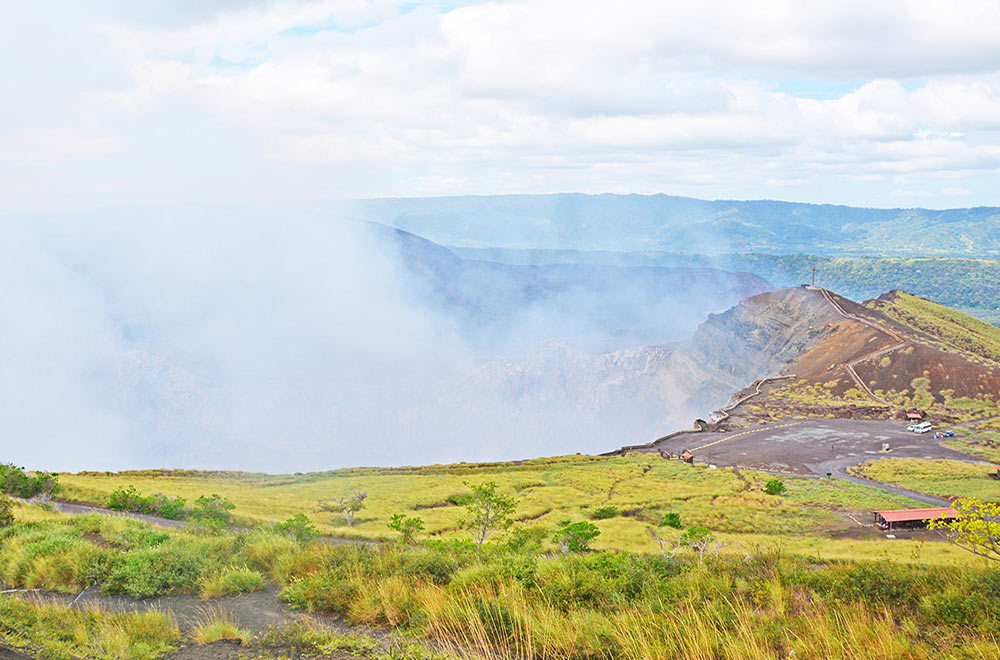 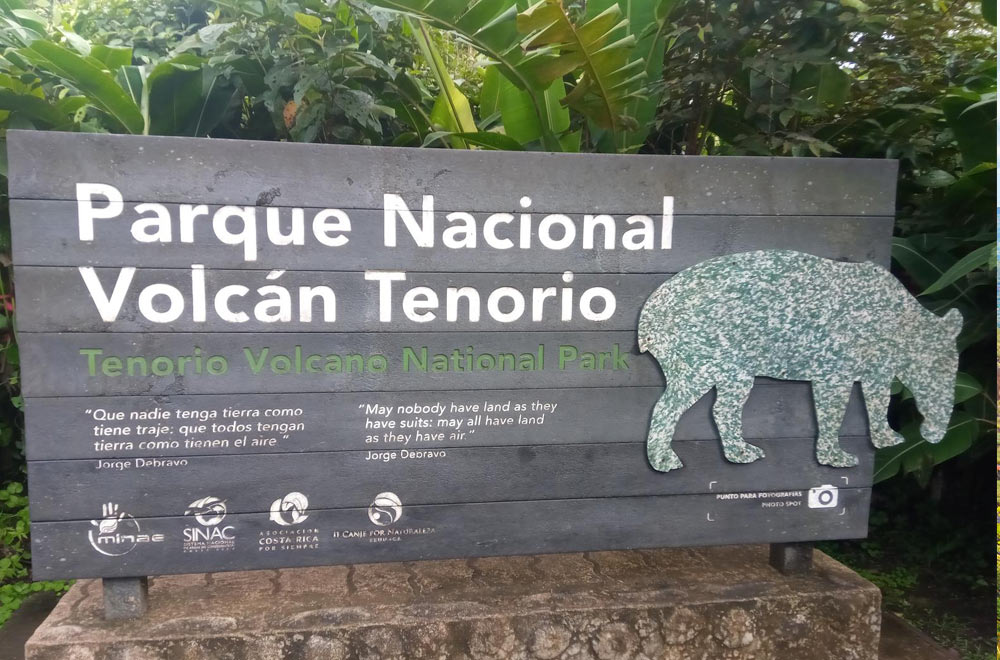 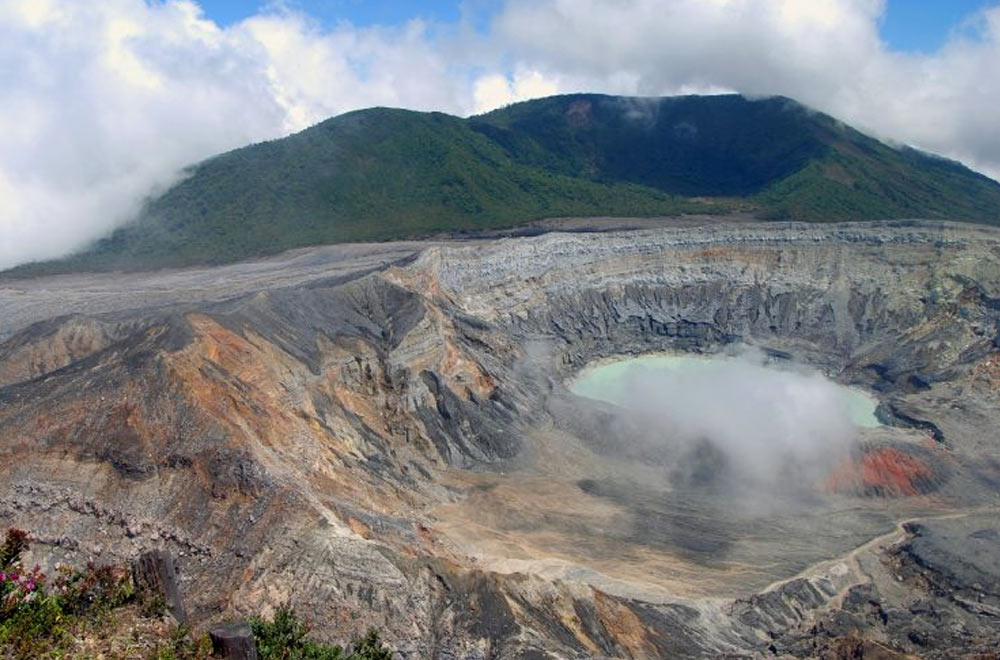 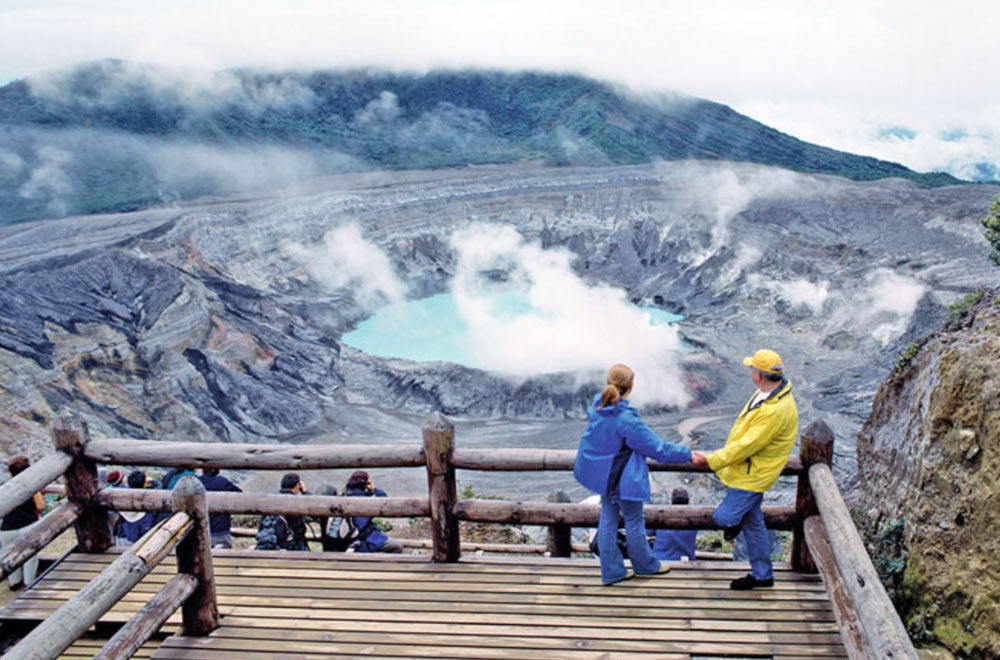 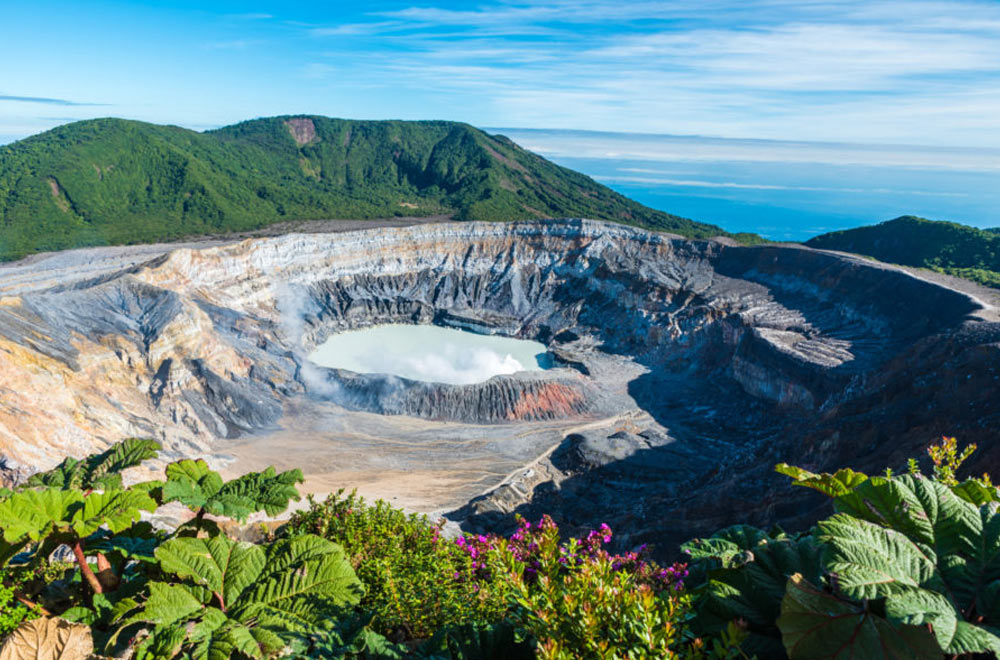 The best time to visit Rwanda for a gorilla trek is during the short dry season from mid-December to early February or over the long dry season months of June to September. These periods offer the easiest hiking conditions and the lowest malaria risk, although it is regarded as a year-round activity.

Rwanda’s weather, terrain, vegetation, proximity to the capital city Kigali, accessibility and security offer a wonderful experience and a true jungle immersion. Gorilla trekking is a close-up experience when compared with other primates and wildlife that are observed at a distance or on trees. Close proximity with mountain gorillas are common after a trek that takes one to three hours. The families of mountain gorillas in the Volcanoes National Park are accustomed to humans so you will observe them in their natural habitat and natural behavior quite oblivious to humans being present. For a deeper educational experience we recommend you visit the Karisoke Research Center before or after gorilla trekking. The center has an exhibit, laboratories and information related to gorillas. They also have useful information on how you can join the Fund and become a partner in the conservation of Mountain Gorillas. The $1,500 Gorilla fee per person is used specifically for the conservation of gorillas, their habitat, guides and caretakers. Gorilla treks are only available to visitors aged 15 years and older. Gorilla Treks are lead by qualified guides and your Encircle East Africa representative

Rwanda’s golden monkeys are found deep in the heart of the Volcanoes National Park’s bamboo forest, the golden monkey is one of the most endangered primates in Africa. It is believed that the Virunga volcanoes, which form part of the boundary between Rwanda, Uganda, and the Democratic Republic of Congo, are home to the last viable population of these golden monkeys.

Weighing between 5-15kg, golden monkeys have distinct golden bodies and cheeks that contrast with their black limbs, tails and crown. While their diet of leaves and fruits has been well recorded, little is known about the environmental needs of golden monkeys and the total population numbers have never been confirmed. Visitors have the unique opportunity to view one of two newly habituated groups within the park. The Kabatwa group is made up of 40 monkeys and lives on the slopes of Mt. Sabyinyo. For the more advanced trekker, there is the Musongo group, with 100 individuals, which lives higher up on the slopes of Mt. Karisimbi.For one hour, you will be able to observe these rare monkeys in their stunning natural setting as they climb trees, feed on bamboo shoots, and play happily in front of you. All treks are lead by qualified guides and your Encircle East Africa representative.

Hiking the Volcanoes of Virunga

Virunga Mountain Range spans around the border of three countries: Rwanda, Uganda, and Democratic Republic of Congo and consists of 8 main volcanoes. Rwanda has 5 of those volcanoes and they are known to form the Volcanoes National Park, Muhabura, Gahinga, Sabyinyo, Bisoke, and Karisimbi. Very enjoyable hiking opportunities are available on all of these volcanoes with the exception of Sabyinyo, which has been declared dangerous for the time being because of the presence of so many craters around it. The abundance of birds of the Albertine rift and the spectacular views of Rwanda’s mountainous landscape and extensive volcanoes offer one of the best scenery around the continent of Africa. On the hikers’ way up the hills, there are chances to meet with the adapted Mountain Gorillas families. Hikers are allowed to view them for a very short time and they are prohibited from taking any form of pictures or videos to be fair to the people who have bought the Gorilla Trek Tour permit. There is also very high chance to observe Golden Monkeys on the hike. All hikes are lead by qualified guides and your Encircle East Africa representative.

Mt. Kalisimbi Hike is the most demanding as it’s the highest of all the eight Volcanoes in the massif and it’s the only one that takes two days to hike. Mt. Kalisimbi hikers are rewarded by a spectacular aerial view of all the other volcanoes some with crater lakes at the very peak.

Mt. Bisoke Hike takes roughly 6hrs to get to the Crater Lake peak and this makes it the most frequented summit. The most popular hike in the park is the DianFossey Hike named after the late conservationist who fought and rescued the mountain gorillas from their sure extinction at the cost of her own life. This eye opening and inspirational hike leads to her tomb at an elevation 3,000m and it is highly recommended for conservation enthusiasts.

Twin Lakes Hike is the simplest of the four and the trail leads you to a point where you have the best view of the two almost intersecting lakes in a relaxed atmosphere ideal for a picnic.

You can choose to hike downwards through the enormous openings of the Musanze Caves which were formed by centuries old eruptions of these volcanoes. These caves have stairs and walk ways that facilitate your movement through different channels. Bat roosts are a significant feature of the caves, as are massive roof openings that form many patterns of light spectrum beams. These caves are 2km deep and are covered in the lush greenery and the inside of it are the homes for the bats. The caves developed from the volcanic activities where different lava flow layers that date back to 65 million years have been created into the Albertine Rift valley.There are also over 32 caves below the foothills of the volcanoes National park. Musanze Caves hike is lead by qualified guides and your Encircle East Africa representative. 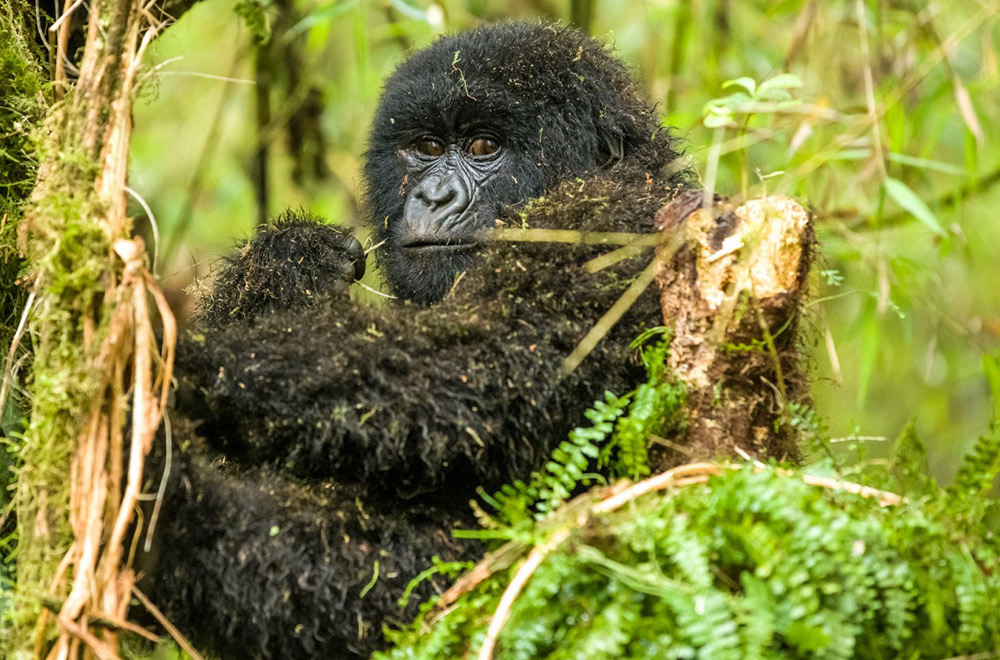 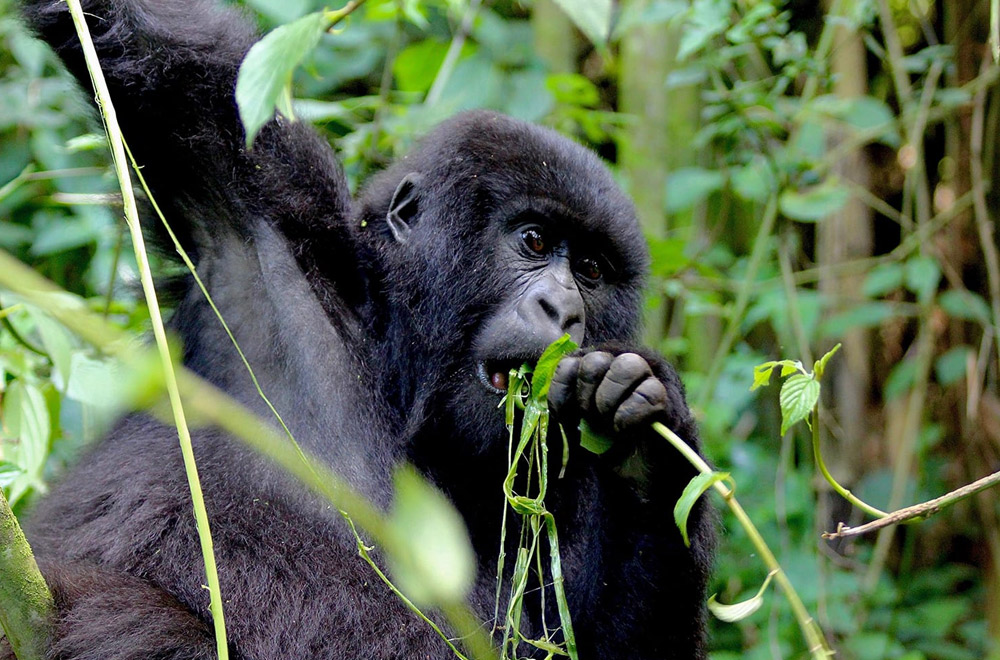 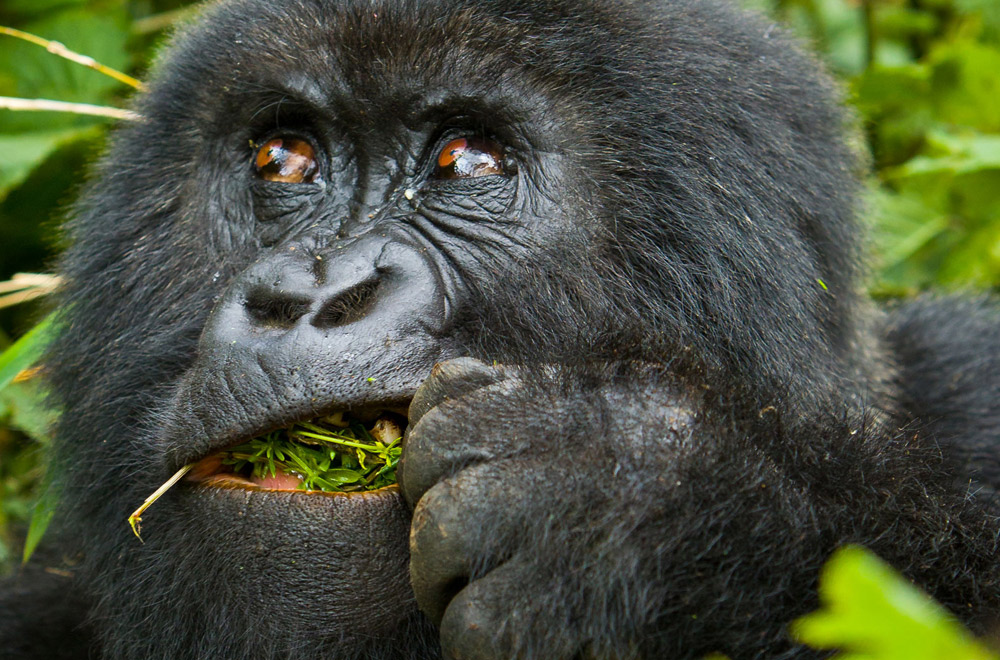