Straddling the equator yet supporting 12 glaciers, pristine lakes and dense alpine forests, Mount Kenya is one of the most impressive landscapes in East Africa. Boasting the second highest peak in Africa, this UNESCO World Heritage Site offers excellent climbing, camping and magnificent views as the mists melt away.

This setting is enhanced by the visual contrast and diversity of landscapes created between the Kenyan Highlands and Mount Kenya looming over the flat, arid, grassland and sparse wooded plains of the Lewa Wildlife Conservancy extension to the north.Beginning your trek in tropical forest with opportunities to spot buffalo and elephant, you then ascend to bamboo forest sporting antelope and monkeys, including the black and white colobus monkey. Your trek continues into alpine moorlands and finally in to glacier country – a barren wilderness of rock, ice and snow. Finally, you’ll arrive at the pinnacle of this extinct volcano overseeing sweeping views of the Kenyan highlands

Mount Kenya is also regarded as a holy mountain by all the communities (Kikuyu and Meru) living adjacent to it. They use the mountain for traditional rituals based on the belief that their traditional God Ngai and his wife Mumbi live on the peak of the mountain.

There are several routes Mt. Kenya’s majestic summit at 4,985 m (16,355 ft.), which has three peaks. Most tourists climb to Point Lenana which at 4985m is the third highest peak. Only climbers with advanced technical climbing ability are allowed to attempt the other two peaks. Choose from 5 or 6-day trips staying at convenient mountain huts along the way. As you get closer to the summit, the pristine evening vista offers magical views of the starry night. Trek to the peak in time to witness an African sunrise lighting up the continent. 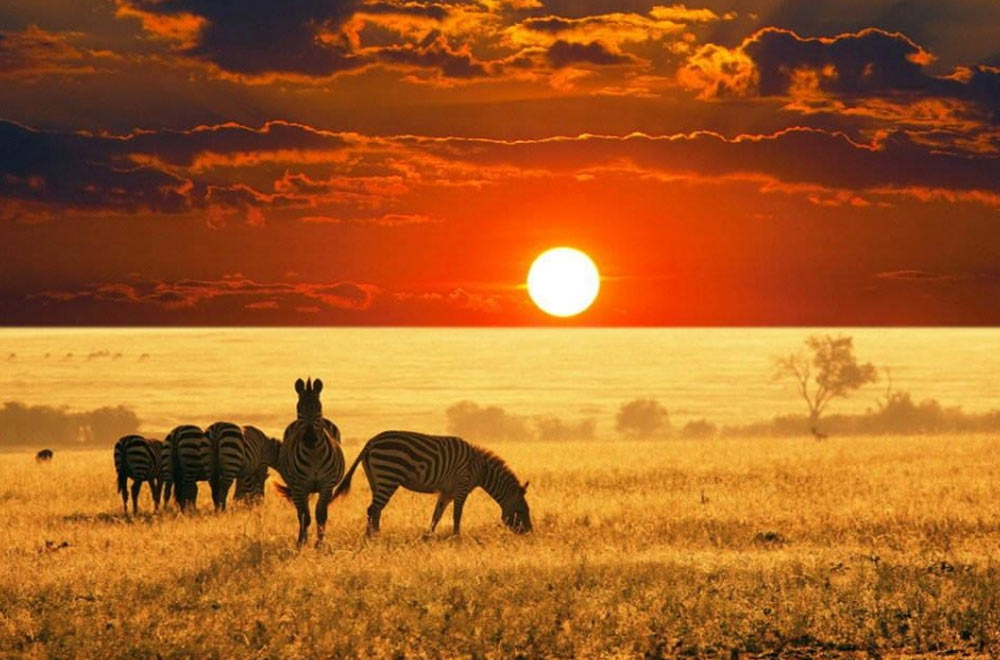 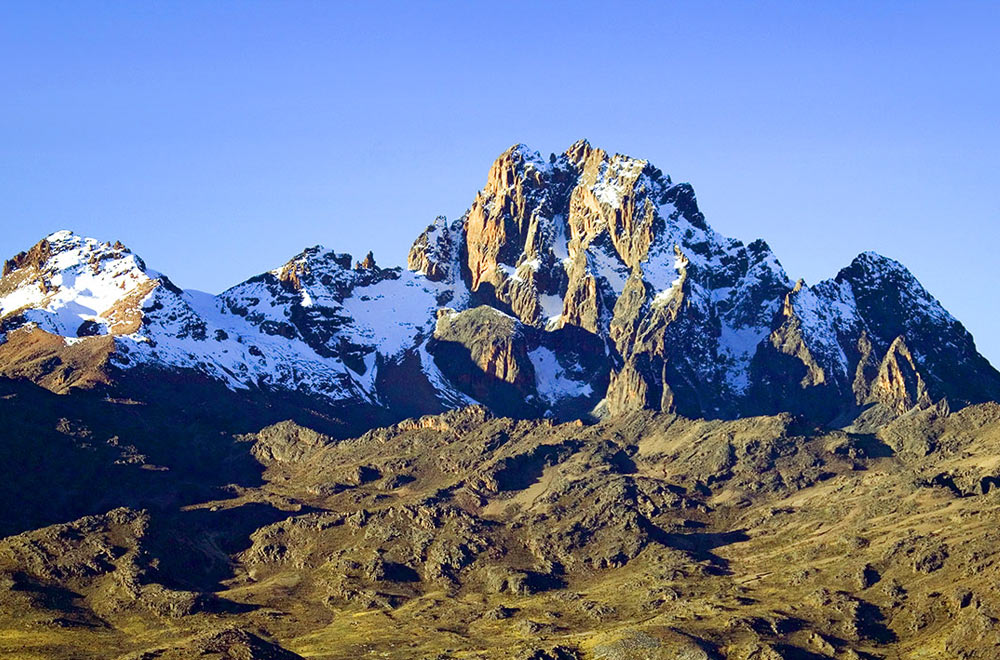 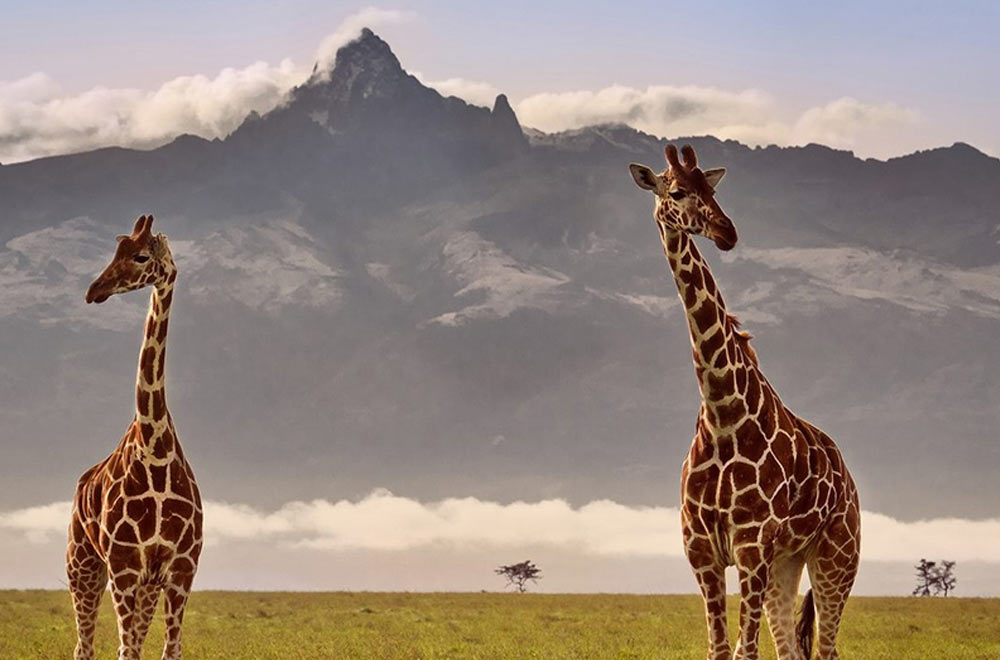 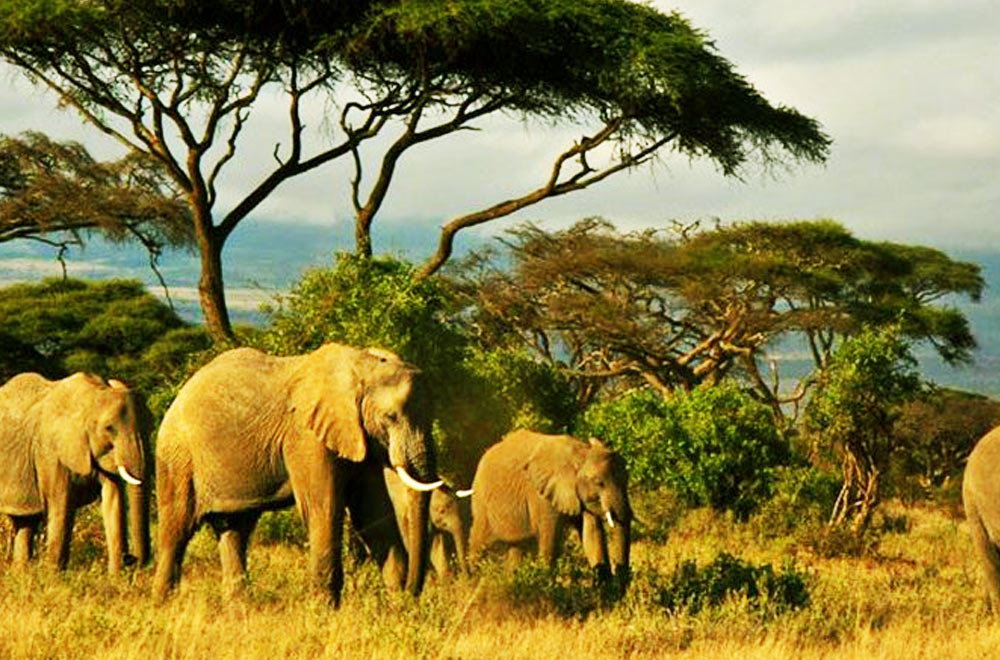 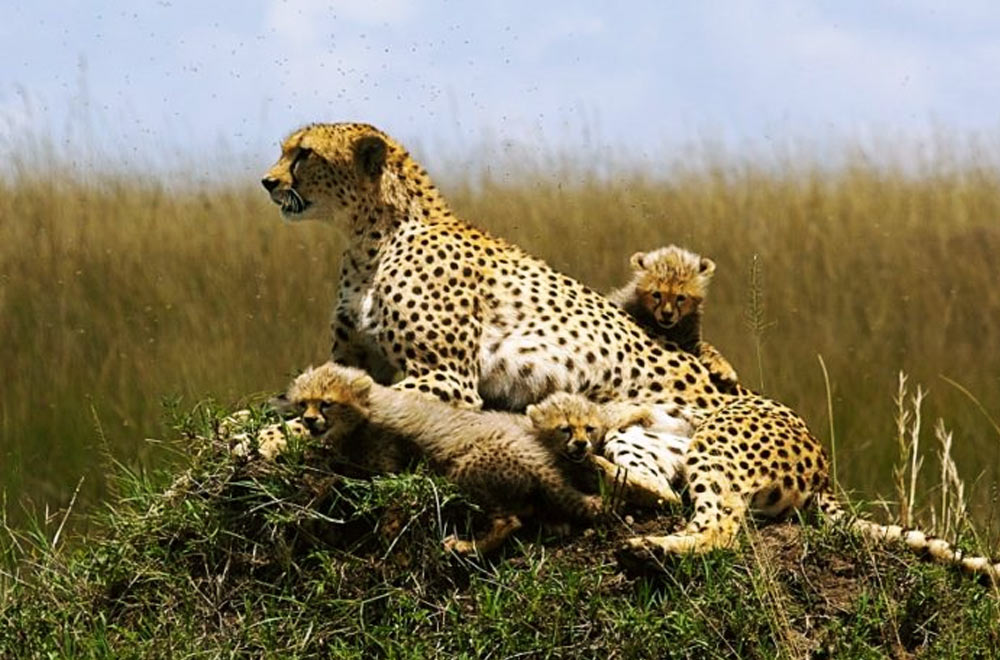 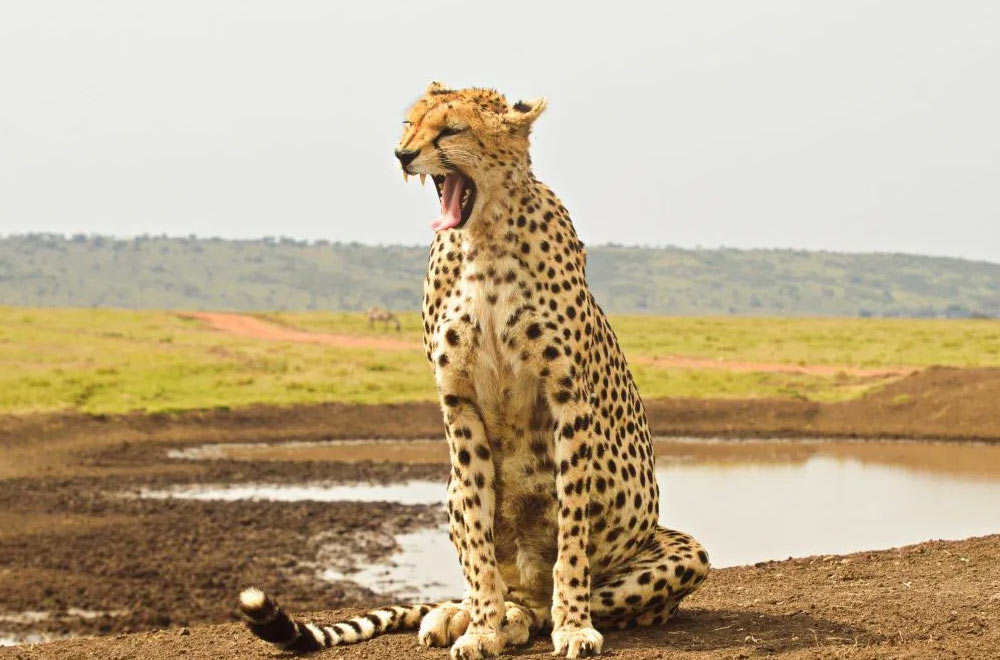 The best time of year to attempt the climb is from the middle of January till the end of February and between August and the end of September. These are the two dry seasons, as during the short and the long wet season it is always overcast and visibility is poor. There are some cloudy periods and rain from March to May, and drizzle from October to early December which may restrict clear views. However, Mount Kenya National Park is open all year round.